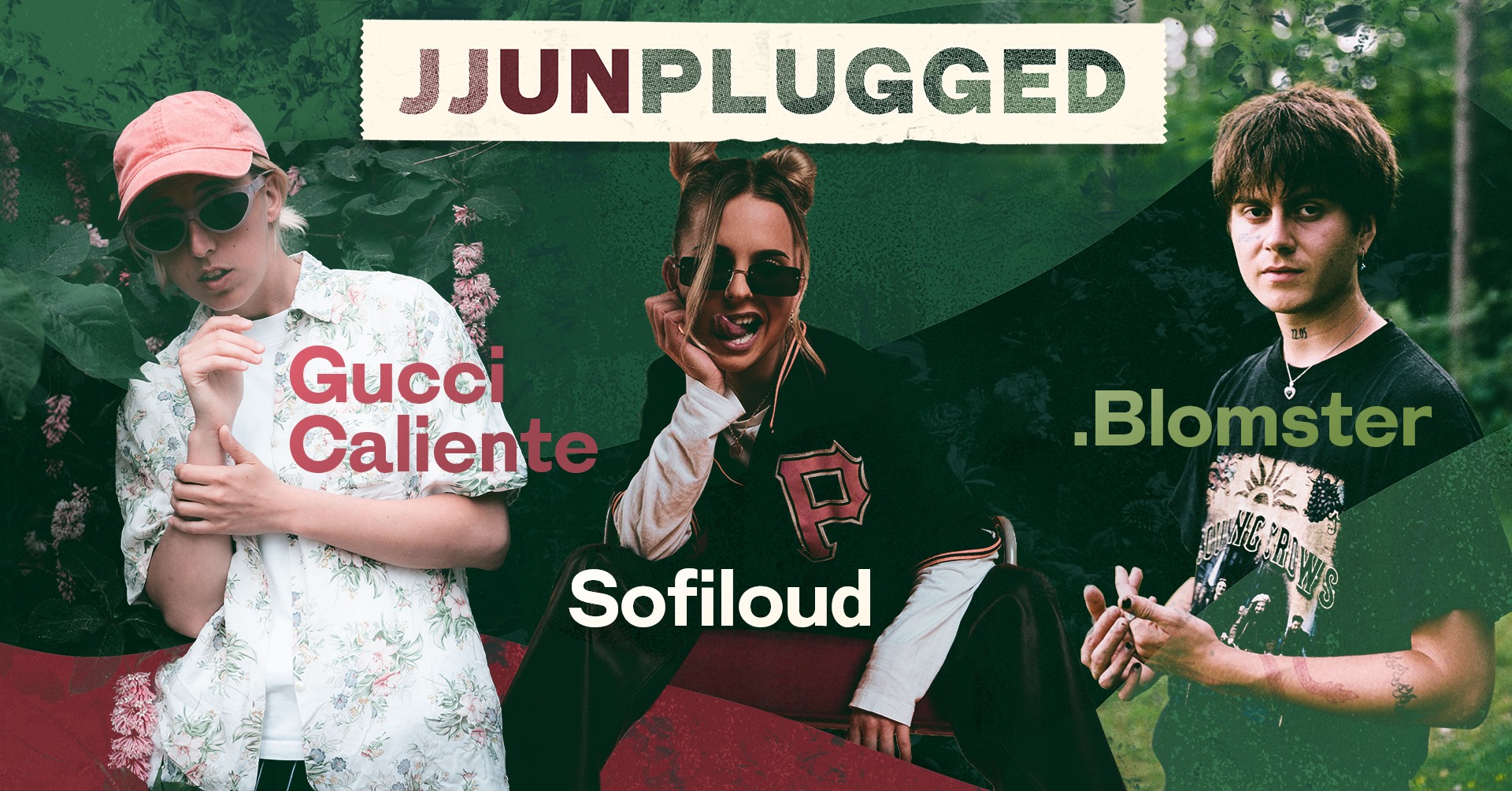 JJ Unplugged and Ingensteds invites you to an outdoor live concert on Ingensteds backyard rooftop.

Lofoten’s big pop hope goes by the artist name Sofiloud and is here to take over the world! With her unique flair for catchy melodies and distinctive lyrical style, she has already excelled as a songwriter for international stars such as Tate Mcrae and Ali Gatie, and shows no signs of stopping. In the course of a year, she has managed to lend her voice to artists such as Lemaitre, Tungevaag and TRXD, released 5 singles, and been awarded as one of the top 10 artists music news has the most faith in in 2021: all this during a pandemic. We look forward to her debut EP which will be released later this fall!

Gucci Caliente is a producer, songwriter, artist and DJ with a penchant for pyramid schemes, the Cyrillic alphabet and ice cream. After touring as a bassist in Brenn and been a hypewoman for RebMoe, she has got to know the taste of superstar life and is investing heavily and internationally with her own project.

Over the past year, 20-year-old Blomster has established himself as a mature and daring artist, songwriter and poet with a lot on his mind. With a colorful musical background, Marcel has spent the last few years finding himself in his own music, and established a new sound to tell his stories.
Blomster takes the performing arts seriously and has performed on stages all over the country such as Bergen, Oslo and Tønsberg and finds a passion in communicating his songs to an audience. After winning the Solo Idol competition in 2020, and being listed by both P3 and Spotify Norway repeatedly, Blomster has marked itself as an exciting artist in the process of taking the whole of music Norway by storm.